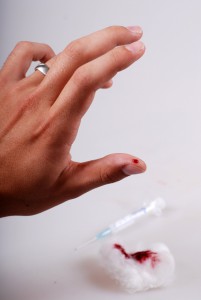 Improper sharps disposal can cause more than just a painful prick. For garbage, recycling and other waste disposal workers, it can mean serious infection and even death. Understanding the dangers of irresponsible sharps management is a crucial step in keeping everybody involved safe.

The Environmental Protection Agency estimates that more than 3 billion sharps are used in homes across the United States each year. Without proper disposal, that’s 3 billion chances for disposal workers to become infected with Hepatitis B, Hepatitis C, HIV or numerous other infections.

In fact, the FDA deems proper sharps disposal so important that in 2011, the agency launched a new website dedicated entirely to promoting the issue. If you or anyone in your household uses sharps, proper disposal is paramount to avoid inadvertently infecting those around you.

What is Considered a Sharp?

All of these items must be discarded in accordance with FDA regulations. We’ll disclose the key guidelines in the next section as well as some common mistakes to avoid.

The Do’s and Don’ts of Sharps Disposal

The following rules are not just to keep you safe – failing to abide is against the law and could result in citations. When disposing of used sharps:

The FDA offers some safety procedures should you get accidentally stuck by another person’s used needles or sharps. Here are the steps to take:

These instructions are the same should you get blood or other bodily fluids in your eyes, mouth, nose or on your skin.

Improper sharps disposal places anybody who comes into contact with the waste in extreme danger. Be a responsible sharps user and properly discard your sharps to keep the people around you healthy.

Learn how to easily track, properly handle, and affordably dispose your biohazard or infectious waste.

Our goal is to provide facility managers, office managers, and lab managers with helpful information on how to properly dispose of medical waste. Our blog includes information on: